How to Deal With Household Mould

Mould is a common and recurring nuisance in many homes. Although outdoors, it plays a critical natural role in the decomposition of organic matter, you certainly don't want it spreading inside the house. Not only is mould unsightly - it can cause severe damage to any surfaces it grows on, and the underlying causes of mould can even lead to structural damage.

Most importantly, mould comes with a whole raft of potentially harmful effects on your health. It reduces air quality, smells unpleasant and promotes allergic reactions. Common symptoms of exposure to mould include nasal congestion, breathing problems, coughing, skin rashes and throat irritation among others.

Those with certain allergies or those suffering from asthma are at an increased risk of illnesses caused to household mould. It can also lead to fungal infections and, in the worst-case scenarios, poisoning.

By learning to identify mould and, even more importantly, its underlying causes, you'll be better equipped to eliminate it before it spreads. Mould isn't likely to just go away on its own, and it is important to deal with the problem as soon as it arises, lest the damage to your home and its indoor air quality become much worse and much more expensive to repair. 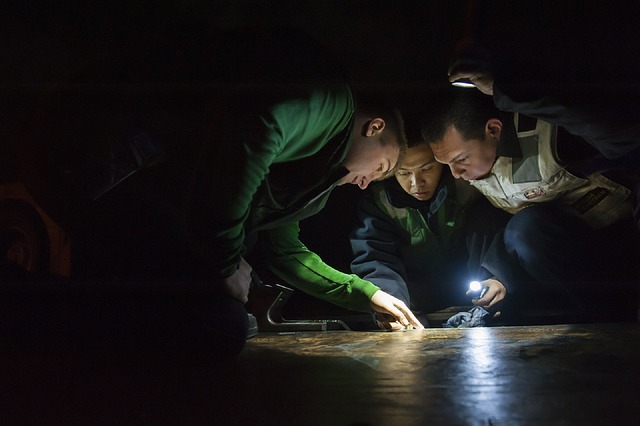 Almost every home suffers from the occasional mould infestation, but it tends to be most prevalent in damp areas with high humidity, such as basements, bathrooms and kitchens. Mould is particularly common in older homes, especially those that have not been renovated and maintained appropriately with professional damp proofing.

Nonetheless, mould can grow anywhere where the conditions are right. Identifying mould and the discolouration and damage associated with it is the first step to dealing with the problem. Following are some of the most common types of mould found in homes:

.   Aspergillus can be grey, brown, green, black or white, since there are many different species of the genus. Most forms of this mould present health hazards, and they're very common in homes and offices. Aspergillus most often grows on walls, insulation materials, clothing and paper-based products.

.   Alternaria, although more often found in moist areas outdoors, may appear under sinks, showers and leaking pipes. Exposure to this mould can cause allergic reactions and promote asthma attacks. It is typically characterised by black spots and clumps.

.   Cladosporium and fusarium, unlike most varieties of household mould, can grow in cool areas. It most commonly effects carpets and other fabrics which have a high moisture content. Both types can leads to allergies and infections, particularly among those with weak immune systems.

.   Penicillium is one of the most common types of mould to affect carpets, upholstered furniture and other fabrics. It also spreads very quickly, and it can cause severe allergic reactions. Penicillium is usually identifiable by green or blue patches.

.   Stachybotrys chartarum, commonly known as black mould, is the most harmful type of mould. It produces toxic compounds that can lead to a whole raft of health-related issues, hence it often being referred to as 'toxic mould'. This variety is easily identifiable by its strong musty smell and slimy texture.

Some varieties of mould can easily be misidentified from natural discolouration of certain materials, but are usually easy to distinguish by their musty odours and the fact that you can, partially at least, wipe it away with a damp cloth. 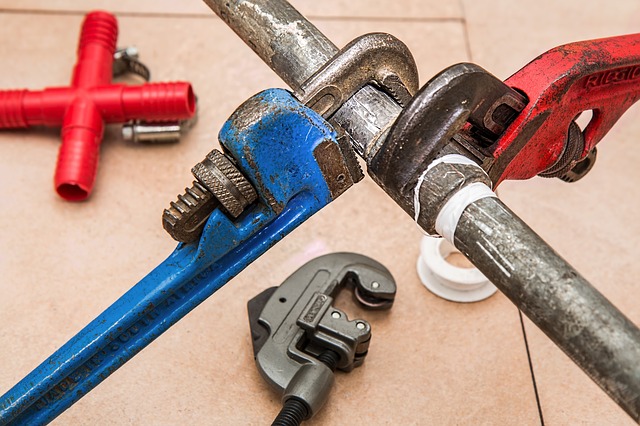 While cleaning smaller infestations of mould is often just a matter of applying hot water with a damp cloth, it is far more important to identify the root cause.

You should never simply paint over mould on walls either, since it will do nothing to prevent the problem from returning. Many varieties of mould spread very quickly, and the problem can return within a matter of days if it is not dealt with correctly.

Almost all types of mould require damp conditions with high humidity, although some varieties do not need a warm environment to thrive.

Mould is invariably a result of water getting into where it shouldn't, and even if there doesn't appear to be any immediate sign of water intrusion itself, you can be pretty sure that damp is the cause of the problem. It's not always easy to identify the underlying cause, but here are the most common:

.   Leaking pipes are among the most common causes of mould. When water leaks from a pipe or plumbing fixture, it often happens out of sight, such as inside a wall, behind a sink or beneath a bath or shower tray. As such, these leaks often go unattended until the mould starts to spread into visible areas.

.   Leaking roofs allow rainwater to intrude into your home, often in areas such as roof voids and crawl spaces that rarely get any attention. It's a good idea to inspect your roof on a regular basis, since mould and leaks can cause wooden structures to rot, leaving you with an enormous repair bill.

.   Condensation in and around surfaces acting as a barrier between warm and cold temperatures, such as exterior walls and windows, can promote mould growth. Condensation and the resultant mould appearing on walls is often a result of damaged exterior render or poor ventilation.

.   Wet clothes and linens creates a humid atmosphere which can lead to mould, particularly around any exterior doors or windows in the same room. If you're in the habit of leaving clothes to dry inside, make sure the room is kept well-ventilated until everything is dry.

.   Air needs to be able to circulate throughout the house, rather than being trapped behind or under surfaces such as carpets. Bathrooms and kitchens in particular should always be adequately ventilated, since any areas of stagnant, humid air make for the perfect environment for mould.

.   Rising damp and flooding also involve water intrusion leading to mould. Water needs to be properly channelled away from your home using ditches, drains and downspouts as necessary, while rising damp in older buildings may be prevented by proper ventilation.

Once the cause of the mould has been correctly identified, the necessary repairs or modifications will need to be carried out. Sometimes, preventing mould from returning is simply a matter of improving ventilation in your home by keeping windows open more frequently or cutting holes in built-in cupboards so that fresh air can circulate inside.

Any wet rooms, such as bathrooms and laundry rooms, should always be kept properly ventilated, so make sure they have a working extractor fan or opening window. 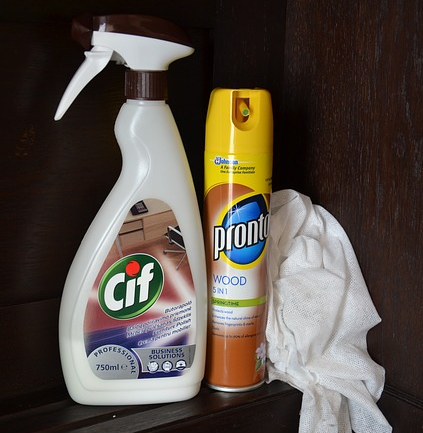 Provided the cause of the mould has been addressed, minor infestations are usually easy to get rid of using readily available household cleaning products.

However, mould usually grows on porous surfaces, such as paint and drywall, and cleaning it off using warm soapy water can exacerbate the problem, particularly if the area isn't properly ventilated.

Chlorine-based cleaning products, such as Dettol, Barrettine and Cillit Bang can kill almost all types of mould almost immediately, but they are still rather toxic. When using any mould-cleaning sprays, always make sure to work with all the windows open, and wear a face mask.

For larger mould-removal jobs, it is important to properly dispose of damaged items, such as carpets, rugs and upholstered furniture that have been severely infested by the spores.

Wooden surfaces damaged by wood may require extensive repair or even complete replacement if rot has also had a chance to set in. Items such as damaged window frames and baseboards may need to be replaced. All contaminated items need to be properly bagged and disposed of.

Mould growing on tiled surfaces and grout lines in rooms such as bathrooms, kitchens and laundry rooms can usually be scrubbed away using a sponge and hot water containing about 15 percent bleach.

While it is usually possible to clean epoxy-based grout found in wet rooms using the same method, cement-based grout infested with mould in other areas of the home may need to be repaired.

Severe mould infestations and the causes behind them, such as in case of leaking plumbing fixtures and water intrusion behind walls, beneath floors or through roofs will likely need professional repair and cleaning.

To help you identify the types of mould you can encounter in your home or business, we’ve put together this infographic of the main types featured in this article.

(Feel free to share this on your own site, remembering to link back to us at http://www.londonhomecounties.co.uk/blog/how-to-deal-with-household).

Moisture-related damage and consequent mould must never be left neglected, since the problem will get exponentially worse with time. In fact, many varieties of mould can start appearing with in as little as 24 hours of a leak or flood.

In conclusion, it is far better to take all of the necessary steps to prevent mould in the first place by ensuring proper ventilation and maintenance of your home.

Dealing with leaks and any other forms water intrusion as soon as they arise is the key to maintaining a healthy, pleasant living environment and avoiding major expenses later on.

Leaving mould and damp to fester can cause structural problems in your home or business premises, and also encourage the spread of woodworm.

If you’d like to arrange a survey with the damp proofing experts at London Home Counties – call today on 0208 365 3724 or email us.

Free Report: 4 Things That Stop The Spread of Woodworm