Do You Have Unwelcome Guests?

The wood that forms an integral part of the construction of your property may also provide a delicious and nutritious meal for a variety of insects. Their chewing creates tiny holes that over time compromise the integrity of the wood. So if you have an insect infestation they could be literally eating you out of house and home. 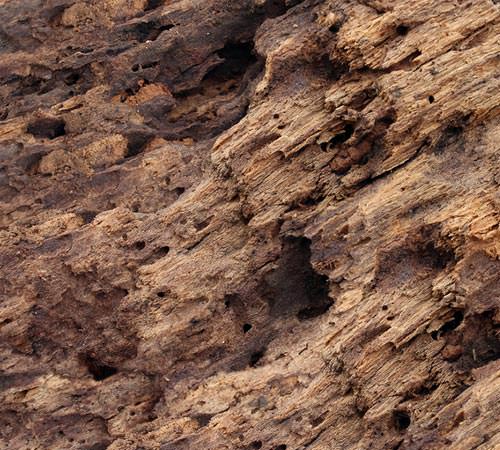 Do You Have Unwelcome Guests?

An active insect infestation may also be a sign you have a damp problem in your property - as many species only thrive in damp conditions. So dealing with unwelcome pests in your home or business premises is essential.

In preventing future problems caused by wood boring beetles and larvae, it’s important to keep an eye out for the obvious (and sometimes not so apparent) signs of insect damage.

The most common species causing insect infestation in properties are:

These beetles are the most common source of insect infestation in seasoned timber. When the grub emerges from the wood as an adult beetle it leaves behind a characteristic flight hole.

This creature isn’t native to the United Kingdom, but it’s here now and spreading quickly. Originally from the Continent, house longhorn beetles have been particularly prevalent in Southern England, centring on Camberley and Walton-on-Thames -although it has recently been found in Richmond in Surrey, and Reading in Berkshire.

This species of insect infestation is particularly damaging, as the grub is large - growing to almost an inch in length - and has a lifecycle of up to eight years, enabling it to cause structural weakness relatively quickly.

Death Watch beetles tend to attack hardwood, and have a preference for old oak beams. They were given the eerie name as they are often found in churches, and have a characteristic ‘tapping’ mating call.

The presence of these insects indicates an underlying damp problem. For this species to thrive the wood must be pre-digested by rotting fungi, which in turn requires some moisture to be present in the wood.

Regardless of the species, the pattern of damage caused by insect infestation remains the same. An adult beetle lays eggs on, or slightly beneath, the surface of the wood. The egg hatches, and the larvae feast in the wood, chewing holes into it. The grub continues to burrow its way through the timber until it pupates, and eventually becomes an adult beetle, ready to lay eggs.

Treatment usually takes the form of powerful insecticides, although in some cases it may be enough to eliminate damp and dry out the affected wood. The most effective insecticides are only available for use by certified professionals – such as members of our team.

Attempts to resolve the problem yourself are unlikely to succeed, so call London & Home Counties for an expert survey on 0208 365 3724, or click here to contact us today.